The Rise and Rise of Drones 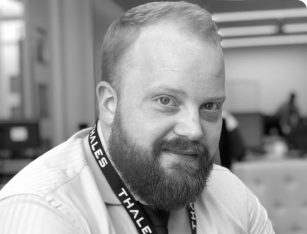 Up and down the country a quiet revolution is taking place. We stand at the dawn of a new Age of Drones. Within a few years they will become a ubiquitous frontline resource of the UK's emergency services.

Depending on who you talk to, these inexpensive, versatile aircraft are either a benefit to society or an accident waiting to happen. Or worse. More on that later, but let’s take a moment to review the various types. There are three basic classes.

At one end of the scale we have toys: small, light, remote controlled ‘quadcopters’. For £50 you can buy a fast, agile craft which can stream video to a virtual reality headset (included in the price). If you shop around, you can get a ‘serious’ drone for less than £750. The market leader weighs 1Kg, has a 12-megapixel camera, ultrahigh definition video, the ability to track and follow people, and can climb up to 16,000 feet.

For £6,500, professional-class drones can fly at speeds of up to 75mph and carry payloads of more than 13 kilos, operating at distances of up to 5km.

Do drones present a risk? Theoretically, yes. But they can be blocked from flying into prohibited airspace, such as airports and prison grounds with ‘geofencing’ - a GPS-based system which stops the drone from flying where it shouldn’t. The leading manufacturer of drones incorporates this feature as standard.

What about equipping one with a payload of explosives, as a recent, rather breathless, TV documentary considered recently? Sure. You could do that. But if your goal is to create mayhem and terror it would be easier and cheaper to simply blow up a car, bus, train, shopping centre, or whatever, with a remotely detonated bomb. Why bother with a drone?

Drones on the front line 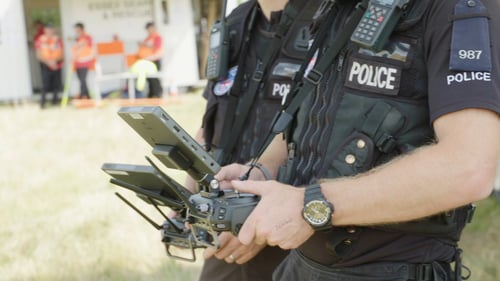 A high-end drone can be equipped with cameras which can see things more than 1 km away, as well as infrared sensors, thermal imaging systems, loudspeakers, spotlights, and more – all of the kit which makes helicopters so useful, but with much less expense. But there is a problem.

Competitive pressures, the complexity of our closely regulated airspace, the need for careful risk assessment and mission planning think days not hours), the tendencies of software developers and manufacturers to develop new systems in isolation, all against a background of evolving international regulations, has created a highly fragmented industry.

If we want drone technology to develop in a way which will meet all of the needs of our emergency services safely and quickly, we all need to open our doors and share our knowledge and ideas. We need conversations between manufacturers, software developers, users, legislators, everyone.

That’s one of the reasons why Thales announced its SOARIZON initiative. SOARIZON builds on the development of a single, trusted platform for end-to-end drone operations, with an open invitation for industry partners, technology providers, SMEs, drone operators and pilots to join us in forming a cross-sector beta user community.

Importantly, SOARIZON is actively recruiting people with drone piloting experience and people who have come from a background where drones are used in real life applications, such as police officers.

The development and adoption of drones has progressed at a spectacular pace. Enormous strides have been made with connectivity, artificial intelligence, battery technology, computing power, big data analytics, the Internet of Things, and much else besides. And this is just the start.

Drones are already being used for crop spraying, why not for firefighting or locating people in burning buildings?

Before long, we will have fully automated autonomous drones which can carry people. Prototypes which can carry up to five passengers are already being tested. Technically, Air Taxis are just around the corner, although it may take a while for legislation to catch up, and to build the infrastructure. But they’re coming.

One day we may see drone air ambulances and fast-response police drones. And they won’t even be flown by pilots; they will be flown by computers with all of the mission planning, administration and tasking taken care of not in days, or even hours, but in minutes. And that’s when the new Age of Drones will have truly dawned.