The value of drones in business and society. 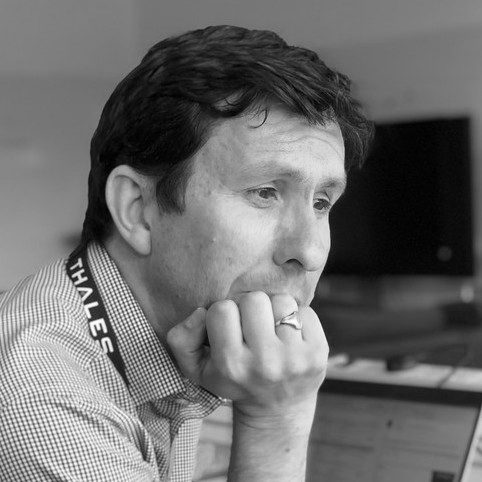 It is often the smallest of technological developments that make the largest impact on society and culture: books, telephones, personal computers. In keeping with homo sapiens need to know and thirst for knowledge, they usually help spread information more quickly.

The newest transformative technology may already be with us. Not only could it distribute information, things and even people, it could transform decision making, environmental sustainability, safety and the management of complex industrial processes. That technology is unmanned aerial vehicles, more commonly referred to as drones.

A drone for every home?

In 1880 Alexander Graham Bell said: “One day there will be a telephone in every major city in the USA." Even someone as farsighted as Bell could not have imagined quite how far his invention would permeate to every level of society; drones have the potential to become equally widespread once society appreciates their full usefulness.

UK PwC estimates that by 2030, the UK drone picture will be:

+2% to the UK GDP in real terms of cost savings and increased productivity.

£42bn net impact on the economy

PwC’s “more than” is telling; if drones follow the same trajectory as cars, phones and PCs, the figure could be out by an order of magnitude. Drones have the potential to save a significant amount of money beyond the appreciation of even the most pro-drone people.

We are not just talking about drones taking pictures of your house from the sky or delivering pizzas to your door; they offer real value in areas as far ranging as traffic management, improved health care, logistics, better experiences, transportation, health and safety and communications.

Business needs to open its eyes and mind to the potential of drones in delivering services across industry and the public sector.

So what more could drones do?

As well as a tragic human cost, the bridge collapse in Genoa in August 2018 has exacted a huge material cost for rebuilding (up to 200 million Euros) and the negative affect on regional trade (estimated at around two million Euros per day). However, the largest cost could be long term; thousands of Italy’s bridges urgently need inspecting.

Currently, this means erecting scaffolding, putting human specialist workers in potentially harmful environments and closing rail lines and roads. Using drones could avoid all of this, making the activity safer and saving billions of Euros. Drones are capable of recording highly accurate 3D models of every structure quickly, efficiently and more cost-effectively while lines continue to operate. Should the worst happen and a collision occur, a drone would barely leave a mark on a train.

Routine drone surveys could make huge savings, save lives and improve track availability. They can do the same for road; motorway incidents would be much more quickly dealt with if investigating police could launch a drone to image the area and subsequently build an accurate 3D model of the crash site, opening up lanes in a matter of minutes and having evidence-grade data for further action.

In industries such as chemical manufacture or power generation, drones can carry out many potentially hazardous tasks, venturing into places, such as chemical vats, fuel tanks or cooling towers, where people shouldn’t have to, with no disruption to the process. Other areas of usefulness include:

Drones have already proven themselves in the defence arena in an over-watch role, providing security through avoidance, or neutralisation of threats.

Drones could also improve safety in civilian environments. Automatically launched on the initiation of a fire alarm, one could confirm the presence of a fire, check that people are evacuating the danger area and monitor people flow, whilst simultaneously providing accurate, live-feed situation awareness to first responders and emergency services.

Drones have been used to build temporary telecoms networks in areas where a natural disaster has destroyed infrastructure, as Puerto Rico in the aftermath of Hurricane Maria in 2017.

And fire departments could monitor vast areas under threat from forest fire in places like California, Australia and Europe.

So why aren’t drones everywhere yet?

Many early adopters of drone technology have been enthusiasts and start-ups, so a large proportion of the operator sector is too small scale to leverage their technology or expertise and offer it to the big enterprises that can benefit most – utilities companies, telecoms giants and mass retailers, all with vast real estate and complex infrastructure to manage.

However, products such as SOARIZON® from Thales, will solve this issue. SOARIZON® is a digital tool giving large scale customers and small operators a shared platform to communicate on, so that large enterprises can access trusted operators who can use it to scale up their operation for customers of any size.

The law also needs to catch up as commercially available drones climb higher, fly faster and carry an increasingly sophisticated and often heavier sensor payload. Hopefully the UK Government’s Industrial Strategy and Drones Bill will seek to address drone usefulness rather than limit it.

For a sector that has expanded in value from $40m in 2014 to $1 billion this year, according to Forbes, it’s not surprising there are growing pains. Currently we are barely scratching the surface of this game-changing technology, but progress is being made, not only in finding the solutions for unleashing the latent potential of drones but in find new questions for the technology to answer.

"Once organisations open their eyes to the new opportunities that drones offer, they will transform our everyday lives."